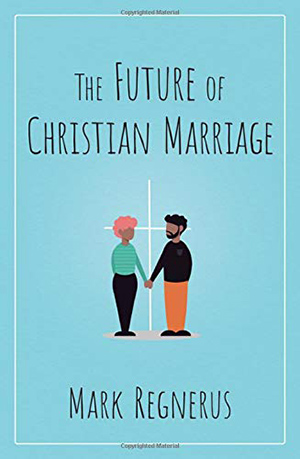 Mark Regnerus, University of Texas sociologist, has dedicated his career to the study of sexual behavior, family, marriage, and religion. He is on a quest to discover the state of marriage in churchgoing Christians–Evangelicals, Catholics, Orthodox, and Pentecostals–not only in the United States but also in seven other countries: Mexico, Spain, Poland, Russia, Lebanon, and Nigeria. Religious traditions influenced the decision to include these particular countries.

Noting the “Christian Marriage Recession” in the West, Regnerus wondered if that was the case among Christians around the world. This qualitative research took Regnerus and his team to cities where counterpart researchers conducted 25 in-depth interviews at each site, enriched by major survey analyses of the state of marriage around the globe, plus interviews with religious leaders and a review of relevant scholastic literature. In the end, Regnerus wove history, surveys, and interviews to ground his educated predictions of the future of marriage by observing trends in the data collected.

Regnerus believes firmly in marriage, both as a Christian and scholar.[1] He unapologetically affirmed throughout the book that it makes sense to be married. It adds benefits financially, emotionally, and enhances life (5, 56). However, fewer young adults engage in it. In spite of the well-documented historical link between organized religion and marriage, how central is marriage to Christianity today? Are Christian marriages outside the West also in recession? What are the Christian leaders of the world doing to uphold the importance of marriage?

The author unquestionably affirmed the centrality of marriage to Christianity. Regrettably, Christian marriage is following the same societal trend of decline. Many now consider marriage a capstone rather than a foundation. The latter has been a historical view but has changed in the last two generations. Marriage as a capstone views marriage as a culmination, a trophy, or an end in itself rather than the means to an end. Andy Roots (Children of Divorce, 2010) wrote that when marriage was historically based on survival and a strategic business partnership rather than love; surprisingly, divorce rates were low. Paradoxically, today’s marriage is about love–one falls in and out of, and thereby treats the institution of marriage the same way.[2]

In the United States, the dominant culture’s view on love and sexual practices influenced the spiraling downtrend in marriages. For instance, cohabitation is now commonly considered a cautionary step necessary before marriage. Ironically, cohabitation is less conducive to marriage due partly to the often poorly matched individuals and lower commitment. Moreover, there is a list of factors that have contributed to the diminished attractiveness of marriage to this generation, including cheap sex outside of marriage.

Regnerus predicted that the resistance of the minority will be more visible as the gap between secular and Christian marriages continues to widen. Moreover, the correlation between marriage and finances most likely will decrease since men and women can live satisfactory lives alone as women's mating expectations increase. Regnerus foresees that marriage will never be successful as Queered (LGBT+). And the benefits of marriage compared to living alone have been heightened recently because of the pandemic. Furthermore, Regnerus advised families to tell exemplary stories and give mindful advice to the young while making home a haven away from social media. Churches can help by creating support groups for married couples, providing counseling for engaged couples and those struggling in marriage, and fostering community. After all, young adults are eager to witness good role models for a lasting marriage. These predictions and applications could be considered as the book’s most notable contributions to ministry.

Regnerus affirms the disappearance of familism and its consequential replacement by individualism, which seems to be a more accurate depiction of developed countries than of other parts of the world. For instance, scholastic research of Latino families documents the existence of familism in Mexican American families and other immigrant groups, even more so than in their countries of origin.[4] A culturally diverse study could enhance the findings of this ambitious research to better understand ethnic Christian marriages in the U.S. as well as in other countries.

This is a scholastic book, enriched by narratives of human subjects. Such illustrations, in an effort to portray real-life individuals, softens what otherwise would be considered dry research. In spite of such an effort, the average reader might find much repetition, a large data-driven narrative, and difficulty following the illustrations from seven countries. Nevertheless, the author and team did an outstanding job blending a complex and ambitious research into a cohesive format. Regnerus and team wisely added practical advice to the scholarly presentation. This book would benefit students seeking data, pastors in need of scholastic research for teaching purposes, and those in the field of sociology.

-------------------------
[1]  Regnerus makes sure to distance himself from conservative voices that advocate for the return of marriage to an "Eutopia Era.” Citing the works of scholars such as Christopher Lasch and Stephanie Coontz  (James Coté–Arrested Adulthood–would have been a good addition as well), Regnerus alludes to the “Golden Era of Marriage'' (1947-1963), The Long Decade, which was in fact the result of family imbalance created by Modernity. It had its roots in the birth of Industrialization and the introduction of the father as a playmate in the 1920s. The father lost his place at home as a moral and social teacher, spiritual comforte,r and hearer of distress, to a sole provider role away from home (Robert Bly, The Sibling Society). Regnerus talks about the effects of Capitalism on families (134). He also takes on liberal scholars that downplay, disqualify, and see marriage as oppression, a legalized slavery, or just declare that marriage is dead (5). By doing so, Regenerus positions himself as a balanced, conservative Christian and scholar.

[2]  Interestingly, around the world, marriage is, perhaps, the social justice issue of our time. Young adults need to own a house, a car and have savings in order to get married.  If an individual can't afford these things then he is not ready for marriage (39). Only few can afford the new capstone of marriage (40)–the poor are the most affected since marriage is increasingly viewed as an upper-middle class status (68). Cohabitation, therefore,  becomes an alternative to marriage because of costly weddings (121).

[3]  Since Regenerus’ current publication is somewhat dependent on his previous research, it is opportune to mention that the invention of “the pill” is central to his cheap sex theory. Unarguably, the pill has allowed society to unleash its already immoral trend. Perhaps, it is better explained with the coupling principle described by Malcolm Gladwell in Meeting Strangers. The Golden Gate Bridge barrier helped in curbing suicide; more policing in a high crime area reduced crime in New York; and the switch from town gas to natural gas reduced women suicide rates in England, just like “the pill” factored in the increase of promiscuity and marriage recession. The root cause of suicide, crime, and promiscuity has not changed. What changed was the availability (or suppression) of the instrument or factors that tilted the behavior one way or the other. The coupling theory suggests that a behavior is linked to a specific context. Could it be said, conversely, that the pill’s role in the marriage recession conforms to the coupling theory? To that end, a studious reader may consider expanding the causation of societal promiscuity and marriage recession to a broader one. For instance, Systemic Abandonment suggests that the historical and systemic separation of generations has caused a psycho-social phenomenon observable in the slower development of the young, when compared to previous generations. This birthed the developmental period called “Adolescence” as well as its recent extension “Young Adult” or “Emerging Adult.” Regnerus’ research vastly documents a consequence of Systemic Abandonment–marriage delay and promiscuity–while suggesting social capital as the solution–mentorship. See Chap Clark, Hurt: Inside The World Of Today’s Teenagers (Grand Rapids: Baker Academic, 2004, 43-44).