Book Review: How to Be an Antiracist 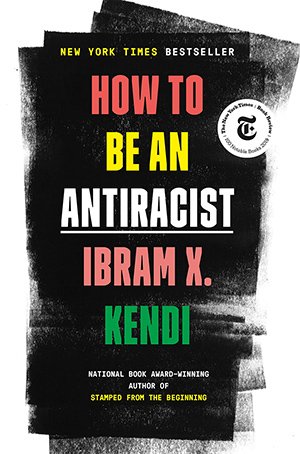 Racial tensions continue to boil. Protesters and counter-protesters face off. Statistics get used for attention and distraction. One political group emphasizes “Black Lives Matter” while another one refuses to say it, instead emphasizing “All Lives Matter.”

One can try to ignore this, but it’s increasingly difficult to do so. Because the United States remains a country of immigrants (unless you’re a American Indian or Native American), its citizens continue to come from different races. And the percentages continue to shift. Churches typically reflect their communities, so are not immune to this challenge to the status quo.

Kendi’s book, while published a year ago, has experienced a resurgence since the death of George Floyd in Minnesota earlier this year. The book isn’t an easy read; nor is it short. The author draws on historical records, statistics, and his personal experiences growing up Black in America. He doesn’t mind painting himself in less-than-positive terms, nor is he reticent to point out the same with history, current realities, as well as politics and economics.

Segregationists can be illustrated in the separate-but-equal “Jim Crow” laws of the past. Few people today would consider the separateness to be equal, yet it still is practiced on a regular basis. Consider school systems and the differing amounts of money spent on each one. Or you could think of the separateness of most churches during a typical worship service, due to their ethnic makeup. In the SDA denomination in North America, we even segregate by conferences.

In contrast, Assimilationists often draw on the illustration of a “melting pot” in which all ethnic groups need to give up their ethnic identity and melt into the status quo of the existing (ruling) authority. If you speak Spanish, give it up and learn the language of our country: English (really American more than truly English, and it changes some in different parts of the country, including accents). Assimilationists draw on token, cross-over ethnicities to give an appearance of assimilating others, and promote the idea of being “color-blind” without any consideration for race or ethnicity.

Kendi considers both Segregationists and Assimilationists to be racists. The first he labels racist because this view maintains a separation of racial groups to elevate one and denigrate another, even though they draw on different language to cloak the underlying assumptions that seem so obvious to many. The second is also racist because it assumes one racial group is culturally or behaviorally inferior and therefore needs to be shaped from what it is, to what the dominant racial group is and must maintain. Let your mother language go; change your form of worship to match mine; your regional conference needs to simply join the state conference.

The “third way” the author suggests is to be Antiracist. This approach views different racial groups as inherently equal, without a need to give up one’s racial roots or identity, anticipates that separating will promote racism, and calls for engagement that will probably be difficult. Like a person standing on a conveyer belt at an airport or inside a convention center, if you do nothing, you will slowly move a certain direction. If you don’t actively engage in being antiracist, you will be racist. That’s America today. You could also use the metaphor of being the in the flow of a river. Simply floating or treading water will take you downstream. To go against the flow requires actively swimming upstream.

Other chapters in the book include power, biology, body, culture, behavior, color, class, space, gender, sexuality, failure, success, and more. While the book’s perspective is more for a nation than a church, the same issues permeate churches and culture as a whole. Kendi challenges the reader to engage and to attack policies and ideas rather than people as the problem. Those who do so will be both the salt of the earth and the light of the world.